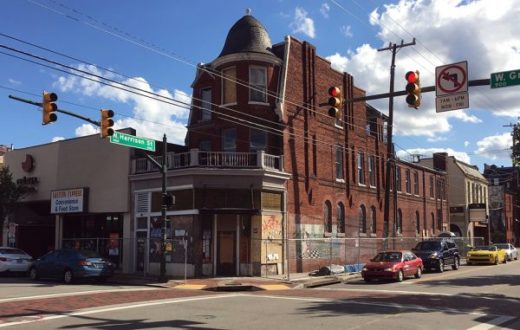 A long-dormant restaurant space in the heart of VCU country is about to come back to life.

Roots Natural Kitchen is preparing to occupy about 2,400 square feet in the former Village Café location at 939 W. Grace St.

The restaurant is described by co-owner Alberto Namnum as a natural food, fast-casual establishment at an affordable price.

“We talked to a lot of people down there about our concept and if it was something they would like to see,” Namnum said. “We got a really strong response from people, both random people we talked to and friends of friends that live in Richmond and from friends that attended VCU.”

Roots Natural Kitchen signed a lease for the space about three weeks ago, with plans to open the restaurant by Feb. 1, 2018.

This will be the Roots Natural Kitchen’s first Richmond location. Its original location is near UVA in Charlottesville in a popular area known as The Corner. It also operates an outpost in Newark, Delaware and is planning to launch its fourth restaurant in Pittsburgh.

Namnum said the company is in the process of updating its website to reflect its menu and new locations.

Wilson Davis, a broker with Sigma National, represented Crossroads Development – the Grace Street building’s Richmond-based ownership group made up of manager Scott Coleman, along with the Dikos and Giavos families. They acquired the property in October 2016.Laikyn Severson and Jay Ashcraft, brokers with Joyner Commercial, represented Roots.

No general contractor has been secured to build out the space once it’s delivered to the restaurant from Crossroads Development, Namnum said. Roots is working with Philadelphia-based Studio IQL to design the space.

Namnum declined to disclose how much the company is investing to open the Richmond space.

“There is so much character in the space,” Namnum said. “The stained glass windows and arches in the doorways are really cool touches that make the space unique.”

Roots growth has been swift since Namnum and co-owner and friend Alvaro Anspach, both UVA grads, first launched the venture in the backyard of their alma mater in 2015.

After graduating from UVA in 2013, Namnum began working as a data analyst for Capital One in Tyson’s Corner, where he became disillusioned with the job and leadership.

“My boss was the absolute worst,” he said.

He added there will be eight to 10 signature bowls available for purchase, which includes the Southern – a bowl mixed with brown and purple rice, kale, chickpeas, broccoli, corn, onions, cheese and barbecue tofu.

He said they were drawn to that part of the city for the students, residents and nearby workers.

“We want there to be real food options that are tasty and well-priced,” Namnum said. “There are a lot of residences and students in the neighborhood, and the foot traffic there is great. We’re excited to be bringing this concept to the area.”