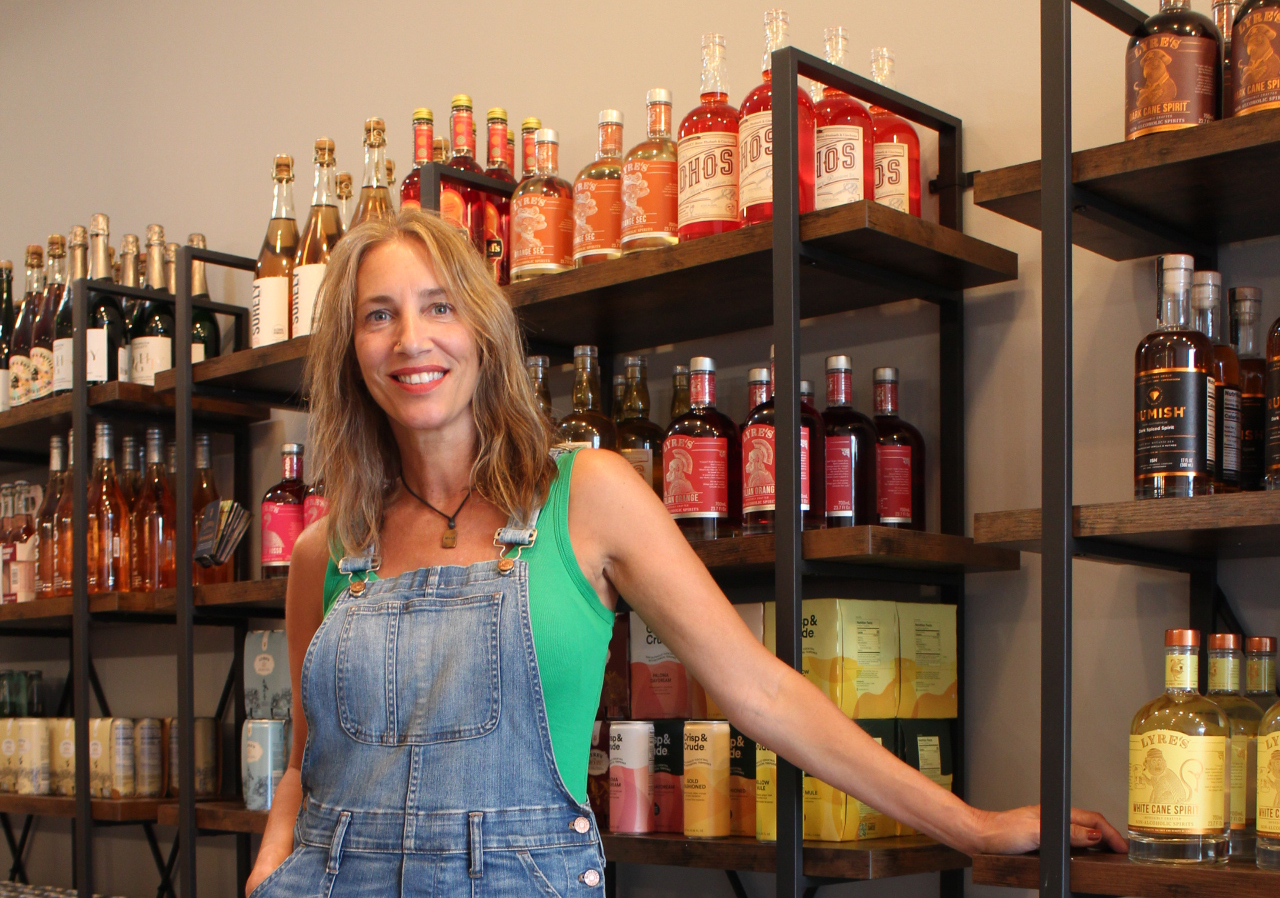 Jody Short, the owner of Point 5, came up with the idea of bringing alcohol-free spirits to Richmond after practicing sobriety during the pandemic. (Filip De Mott photos)

A new bottle shop is set to open soon in Carytown with one catch: everything is non-alcoholic.

Point 5, the name a reference to the maximum ABV level a non-alcoholic drink is allowed to have, is in the works at 3435 W. Cary St.

Owner Jody Short, who’s also a real estate agent with Joyner Fine Properties, is currently in the process of preparing the 1,000 square foot space and lining its walls with booze-mimicking brands, names that make up a small but growing sector in the beverage industry. 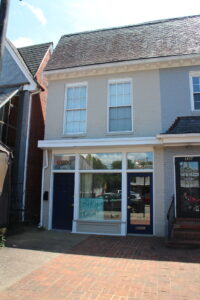 “We’re so saturated as a country, as a world, with alcohol, you have to assume you have to drink to enjoy yourself,” said Short, 51. Alcohol-free products aim to feel “like an adult beverage, but you’ve got none of the regrets.”

One shelf presents spirits that try and imitate the taste of alcohol without the buzz, such as Lyre’s and Free Spirits. Another rack showcases brands like Bonbuz and The Pathfinder, spirits that are more inventive with their flavors.

Meanwhile, a display table sits in the middle, adorned with beer look-a-likes. Next to it there’s a fridge stocked with THC-infused water.

Most of the bottles range from $25 to $40, with the Melati botanical being the most expensive at $50.

The small size of the up-and-coming industry can influence pricing, Short said, adding that there’s still a minimal number of producers of such beverages and perhaps less than 20 other such stores and just over 10 non-alcoholic bars nationally.

“They’re all made in small batches and they’re from really intimate companies,” she said.

Short appeared enthusiastic about being the first standalone shop in Richmond to center on this industry but said that not everyone may understand the concept immediately. To change this, she plans to host tastings on certain days and aims to get involved with corporate events, restaurants and bars in the long run.

Short had the idea for Point 5 after enjoying a long period of not drinking during the pandemic’s lockdown in 2020. The experience also made her realize the lack of options for non-drinkers, apart from a few products in bigger retail stores. 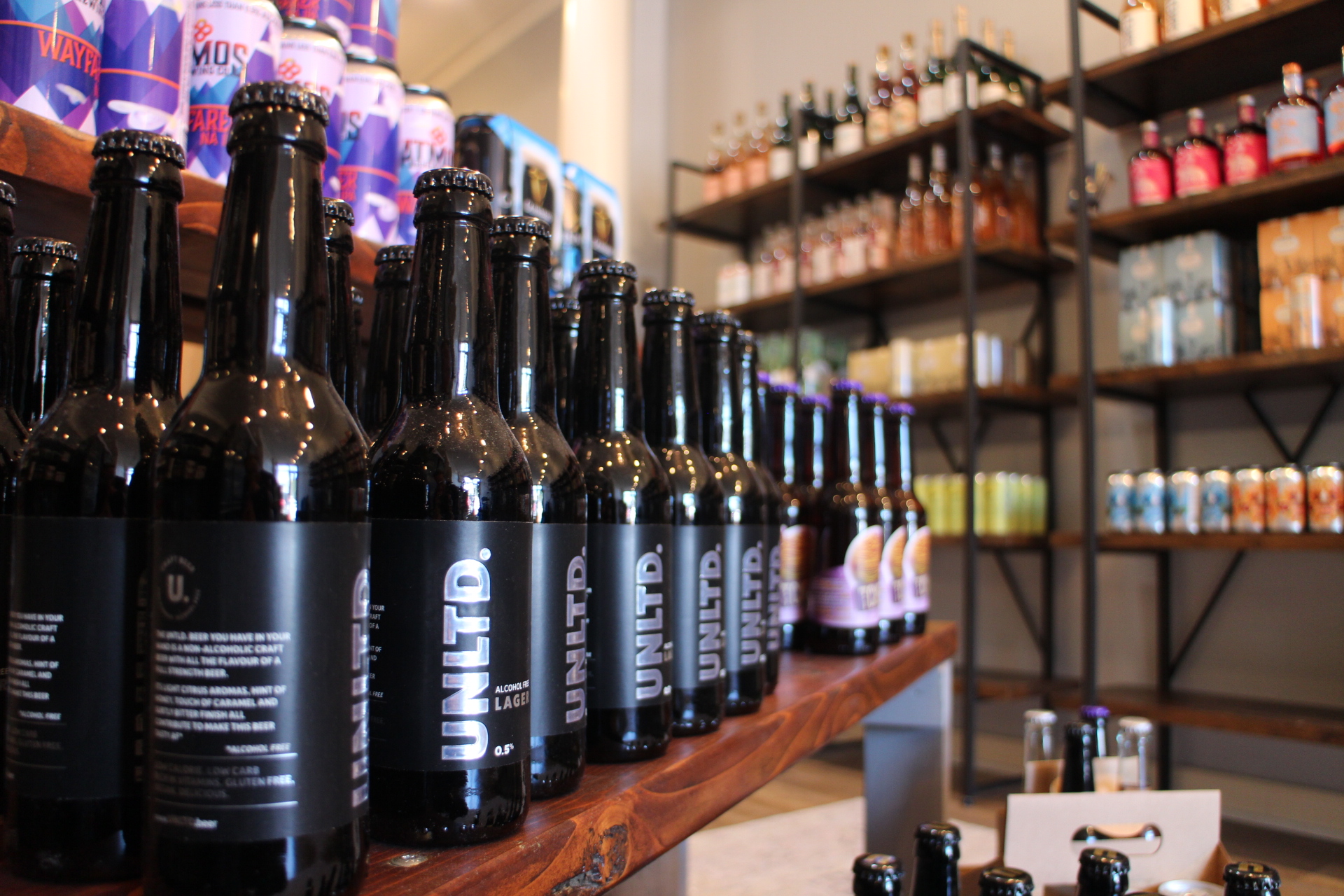 Point 5 will also offer other unique beverage options, such as non-alcoholic beers.

Although the business remained an aspiration for Short for over a year, the project got fast-tracked when the Carytown space became available after previous tenant, makeup clinic Derma-hue LLC, relocated to 8501 Maryland Drive in Henrico. Short leased the space for three years beginning on May 1.

At one point, doubt in the project did set in: “About six weeks ago I was like ‘I’m overwhelmed, I don’t know if I can do this,” Short said, but reminded herself that, “If I don’t do it, I’m never going to know.”

Currently, Short estimates that startup costs have added up to around $30,000. She has financed the entire endeavor with her own funds, continuing her work at Joyner Fine Properties as a real estate agent. 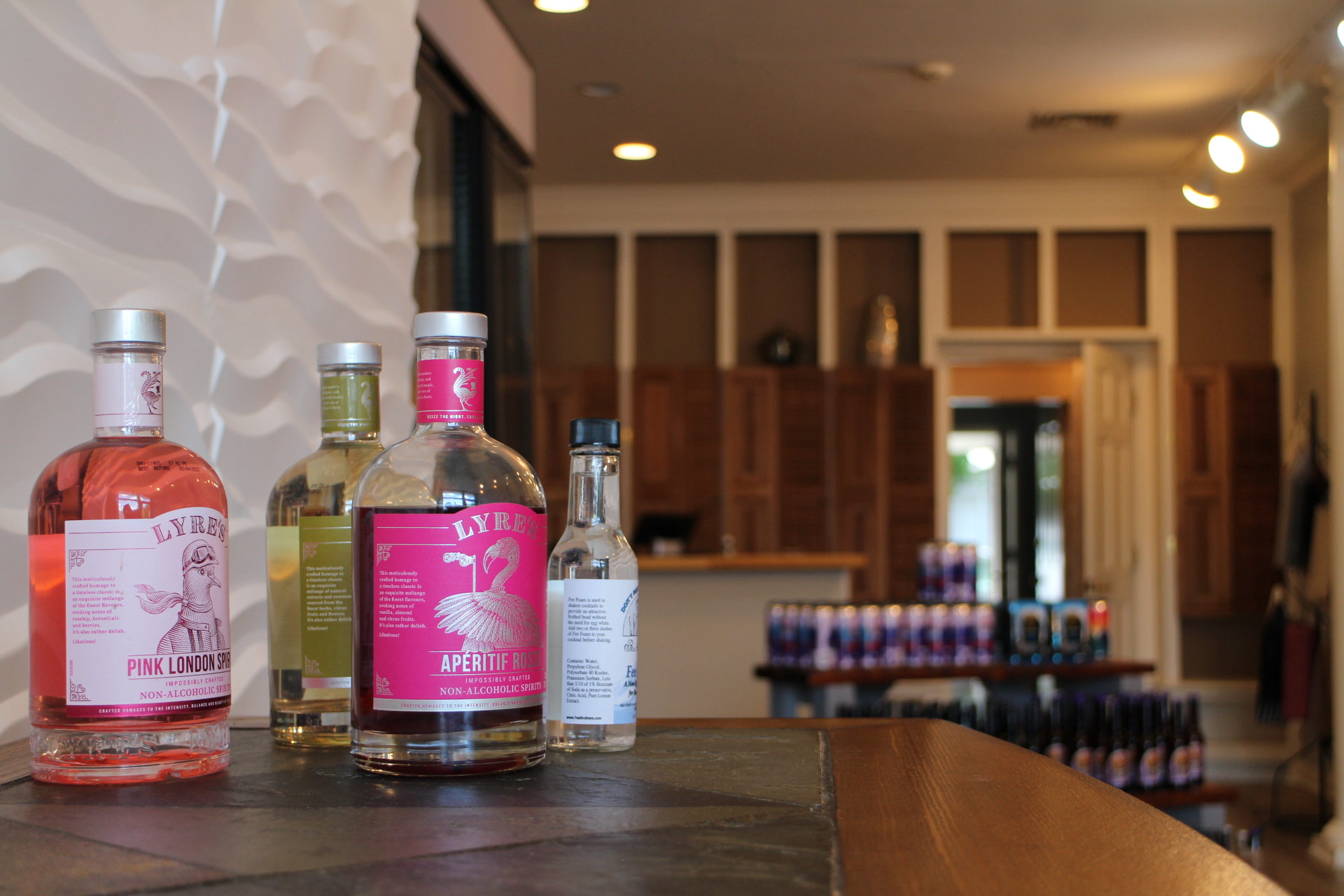 The venue also has a small bar at the front, where Short plans to organize tasting events.

Point 5 is not Short’s first foray into the retail world. From 2006 to 2009, she ran Funky Threads, a local women’s clothing consignment shop that closed when the recession hit.

Learning from that venture, she said she aims to have a much bigger web and social media presence with Point 5. At some point in the future, Short plans to start shipping online.

She also organized a yoga program at her house called Simply Yoga, which ended after a few months once Short joined the real estate industry. However, it did nothing to stop her entrepreneurial bug.

“I just like to start new things,” Short said. “Every time I think I’m ready to kick back and not do much work, I come up with some other idea.”

Short is planning an invite-only opening for Point 5 on June 22 and a full opening on June 23.